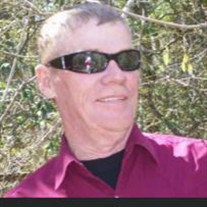 Wayne Estes Neely, age 77, of Ashland City, passed away on February 28th, 2022. He was born on May 14th, 1944, in Wayne County, Michigan. Wayne was a United States Army Veteran that served in the Vietnam conflict and was a retiree from Nashville... View Obituary & Service Information

The family of Wayne Estes Neely created this Life Tributes page to make it easy to share your memories.

Send flowers to the Neely family.