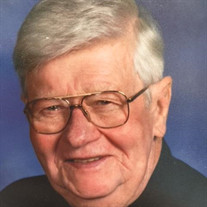 SANDERS, WALTER “WART” LEWIS, age 86, passed away on December 24, 2017. He was born May 19, 1931, in Cheatham County, Tennessee, to Walter Lovia Sanders and Florence Lewis Sanders. He was a member of the church of Christ at Ashland City, Tennessee. Walter retired from C.E.M.C after having 39 years of service. He was a graduate of the class of 1949 from Ashland City High School. He was a proud U.S. Marine and heroically served in the Korean Conflict. He also has been a member of the American Legion for over 60 years and also an active member of the VFW. He is preceded in death by his parents; sister, Mary Ethel Sanders Nicholson; and brother, Frank MeNess Sanders. He is survived by his wife, Doris Williams Sanders, whom he has been faithfully married to for 57 years; brother, Paul P. Sanders of Panama City, Florida; nieces, Helen Sanders and Tracey Sanders of Panama City, Florida; nephews, Leonard Sanders of Panama City, Florida and Richard Sanders of Coppas Cove, Texas. Funeral service will be Thursday, December 28, 2017, at 1pm in the chapel with Brother Drake Jenkins officiating. Burial will follow in Scott-Williams Family Cemetery on Petway Road in Ashland City, Tennessee. Visitation with the family will be Wednesday, December 27, 2017, from 3pm to 8pm and on Thursday, December 28, 2017 from 11am until service hour of 1pm. Serving as active pallbearers will be Sterling Scott Williams, Harris D. Nicholson, Jerry Johnson, Don Walker, Richard Sanders, Murriel Walker, Ronnie Howington and Channing Hunter. Honorary pallbearers are Lewis Perry, past and present employees of Cumber Electric Membership Corporation and members of American Legion Post #40. In lieu of flowers, donations to be made to American Legion Post # 40 and the VFW. Cheatham County Funeral Home 615-792-2552 cheathamcountyfh.com.

The family of Walter Lewis "Wart" Sanders created this Life Tributes page to make it easy to share your memories.

Send flowers to the Sanders family.