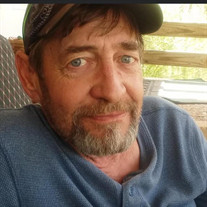 Virgil “Ray” R. Humphrey, Jr., age 67, passed away on Wednesday, February 23, 2022. Ray was born in Nashville, Tennessee, on April 30, 1954, to the late Virgil R. Humphrey, Sr., and Christine Meadows Brogdon. He was a United States Marine and a retired handyman. He is preceded in death by his parents, brothers, Timothy Humphrey and Kenneth Brogdon and his Aunt Sissy. He is survived by his life partner, Connie Schutt; son, Josh Humphrey; daughters, Rachael Zelling (Clay) and Danyelle Ryan; stepsons, Colby Schutt and Chris Yearta (Tiffany); sister, Dee Kenney; brothers, Randall Eugene and Joseph Michael; sister-in-law, Diane Patrick; and 7 grandchildren. A graveside service for Ray will be Tuesday, March 1st, at 11am in Middle Tennessee State Veterans Cemetery in Nashville, Tennessee. Visitation will be Tuesday before the service from 9am until 10am. The funeral procession will leave the funeral home for the cemetery on Tuesday, March 1st, at 10am. Cheatham County Funeral Home LLC 615-792-2552 online condolences may be made at cheathamcountyfh.com

The family of Virgil Ray R. Humphrey Jr. created this Life Tributes page to make it easy to share your memories.

Send flowers to the Humphrey family.