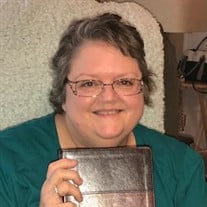 BIGGS, Sherry Elaine, age 58, passed away at her home on Tuesday, October 30, 2018. Sherry was born in Nashville, Tennessee, on February 1, 1960, to the late Chester Chambers, Jr., and Edna Swatzell Chambers. She was a graduate of Seabreeze... View Obituary & Service Information

The family of Sherry Elaine Biggs created this Life Tributes page to make it easy to share your memories.

BIGGS, Sherry Elaine, age 58, passed away at her home on Tuesday,...

Send flowers to the Biggs family.