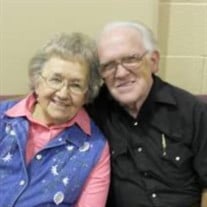 Samuel Farless, age 80, Smyrna, Tennessee. I called him Sammy because that’s what my mother, Virginia Farless, called him for the 34 years they were married until she passed 8 years ago. My sister, Chonda Pierce, called him dad. His grandkids, Joshua Courtney and Jennifer, Chera Meridith and Craig, Jacob Courtney and Allison, and Zachary Pierce, along with his 5 great grandkids called him Papaw, as did my wife Doris, who he was crazy about. He had two brothers that he loved dearly, Robert Farless and Royce and Dean Farless. They all called him Sam. From September 22, 1940, his father and mother, William and Etta Farless called him son. They went home ahead of him, along with his favorite son-in-law, David Pierce. He had a daughter that he regretted not getting to know, Lynda Martin. When I met her Sunday, she called him dad. There are more people than you can imagine at Calvary Church of the Nazarene, Smyrna Church of the Nazarene, and New Vision Baptist Church, that called him friend. For 40 years people at Midsouth Wire called him a great worker, and then for another 15 people at Kroger did the same. (There they also called him Employee of the Year over and over again.) Anyone who knew him called him gentle, and kind, and good. But most important, on Friday night, July 23, 2021, Jesus called him home. And God said, "Welcome Samuel Cleveland Farless, you are my good and faithful Servant." Come celebrate with us at Cheatham County Funeral Home on Wednesday, July 28 at 2pm. Or just drop by and swap stories from 12noon to 2pm, Wednesday. In lieu of flowers, bring a smile to his face by contributing to Branches Recovery Center, 1450 Battleground Dr., Murfreesboro, TN 37129, 615-904-7170. Cheatham County Funeral Home, LLC 615-792-2552 online condolences: cheathamcountyfh.com

Samuel Farless, age 80, Smyrna, Tennessee. I called him Sammy because that&#8217;s what my mother, Virginia Farless, called him for the 34 years they were married until she passed 8 years ago. My sister, Chonda Pierce, called him dad. His grandkids,... View Obituary & Service Information

The family of Samuel C. Farless created this Life Tributes page to make it easy to share your memories.

Send flowers to the Farless family.