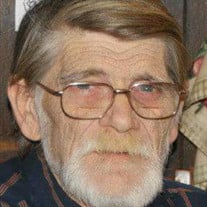 BAKER, Ronald “Ronnie” Estil, Sr., age 67, passed away at his home on November 24, 2015. Ronnie was born in Nashville, Tennessee, on July 20, 1948, to Arthur Estil Baker and Catherine Elizabeth Owen Baker. He was a United States Army Veteran, serving during the Vietnam Conflict. Ronnie was an auto mechanic by trade, a wonderful husband of 46 years to Patsy and a loving father to his 7 children and many many foster children over the years. He is preceded in death by his father, Arthur Estil Baker. Left to cherish his memory are his mother, Catherine; his wife, Patricia Staten Baker; sons, Ronald “Bucky” Baker, Jr, and his wife Michele, Matthew Noah Baker; daughters, Jackie Jordan, Alison Hyatt (Danny Baggett), Lori Miller, Ashley Baker and Destiny Baker; brother, Lloyd Baker; sisters, Christine Davis, Joyce Hall and her husband Jimmy, Mary Moran and her husband Tommy, Theressa Gregory and her husband Mike, Pam Baker and Judy Stewart; 14 grandchildren and 9 great-grandchildren. Funeral service will be Wednesday, December 2, 2015, at 11am in the Chapel of Cheatham County Funeral Home with Brother Gerald Prior officiating. Burial will follow in Middle Tennessee Veterans Cemetery in Nashville, Tennessee. The family will receive friends on Tuesday, December 1, 2015, from 4pm to 7pm and on Wednesday before the service from 9am until 11am. Serving as pallbearers will be Matthew, Destiny and Cody Baker, Russell Jordan, Jacob Miller and Joseph Baggett. Honorary pallbearers are Dawson Baggett, Landon and Peyton Miller, and Braxton Baker. In lieu of flowers, donations in Ronnie’s memory may be made to Cheatham County Funeral Home to help the family with funeral expenses. Cheatham County Funeral Home in charge of arrangements.

The family of Ronald "Ronnie" Estil Baker Sr. created this Life Tributes page to make it easy to share your memories.

Send flowers to the Baker family.