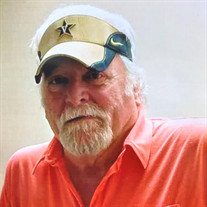 Phillip Clayton Lance Sr., age 68, passed away on October 8, 2021 at Tennova Healthcare Clarksville in Montgomery, Tennessee. Phillip was born in Nashville, Tennessee on June 12, 1953. He was a security guard in the Nashville area. Phillip is... View Obituary & Service Information

The family of Phillip Clayton Lance Sr. created this Life Tributes page to make it easy to share your memories.

Send flowers to the Lance family.