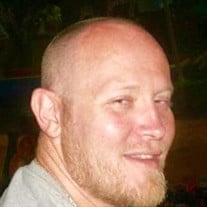 NICHOLAS “NICK” ALEXANDER WYBRANIEC, age 40, passed away on Tuesday, March 14, 2018, at Skyline Medical Center in Madison, Tennessee. Nick was born in Neptune, New Jersey, on December 7, 1977, to Ronald and Deborah Owens Wybraniec. Nick was a self-taught chef and worked for many restaurants in the Middle Tennessee area. Nick is survived by his parents, Ronald and Deborah Wybraniec; his wife of 13 years, Michelle Cartwright Wybraniec; three sons, Nicholas, Aiden, and Hunter Wybraniec; and two brothers, Matt (Kerry) Wybraniec and Ronnie (Pam) Wybraniec; three nephews, a niece and many aunts, uncles, brothers-in-law, and a sister-in-law that he loved very much. A Memorial Service and Celebration of Nick’s life will be Sunday, March 18, 2018, at 3pm in the Chapel of Cheatham County Funeral Home. The family will receive friends at the funeral home on Sunday, March 18th from 1pm to 3pm. CHEATHAM COUNTY FUNERAL HOME 615-792-2552, cheathamcountyfh.com

The family of Nicholas "Nick" Alexander Wybraniec created this Life Tributes page to make it easy to share your memories.

Send flowers to the Wybraniec family.