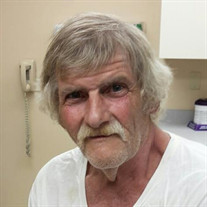 HILAND, Lawrence Paul (affectionately known to his friends as “Noodles”) passed away quietly in his sleep December 29, 2016. He was 57 years old. He was born August 6, 1959, in Valparaiso, Indiana, to the late Paul H. Hiland and Mildred E. (Snider) Hiland. He is survived by his wife, Edna E. Hiland; sister, Paulette Weesner and her husband, Max, of Ormond Beach, Florida; his step-daughter, Christy Diane Johnson; and grandkids, Malachi and Jasmin e Johnson of McEwen, Tennessee. He had a host of family and friends in Cheatham County, as well as a host of family and friends in Ormond Beach and Daytona Beach, Florida, (Tim, Kathy, Dee, Shirley, Brandon, Robert, Logan). Through the years, he worked for people such as Lloyd Harris, Brown’s Concrete and Block Company, and Donald Meadows. He will be greatly missed by all his family and friends. Friends and family are invited to attend memorial visitation Wednesday, January 4, 2017, from 11am until 2pm in the Chapel of Cheatham County Funeral Home. Mr. Hiland wished to be cremated and his remains will be buried beside his mother following the visitation in Petway Church of Christ Cemetery in Ashland City, Tennessee. Cheatham County Funeral Home 615-792-2552 cheathamcountyfh.com

The family of Lawrence "Noodles" Paul Hiland created this Life Tributes page to make it easy to share your memories.

HILAND, Lawrence Paul (affectionately known to his friends as...

Send flowers to the Hiland family.