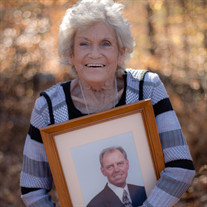 GANN, Judy, age 69, passed away at her home on Saturday, December 28, 2019. Judy was born in Nashville, Tennessee, on December 18, 1950, to the late Austin James Mobley and Nora Ann Elizabeth Hurt Mobley. She was a retired cafeteria worker... View Obituary & Service Information

The family of Judy Gann created this Life Tributes page to make it easy to share your memories.

GANN, Judy, age 69, passed away at her home on Saturday, December...

Send flowers to the Gann family.