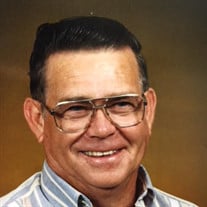 HARRIS, Edward Denville, age 80, passed away October 3, 2017. Some knew him as Ed, Denville and son-in-laws knew him as “bucket head.” He served his country from 1956 to 1962 in the United States Navy. He went to carpenter’s apprentice school, was an apprentice carpenter of the year and went to Biloxi, Mississippi, to represent Nashville in building trades. He earned the Patterson Award for being the outstanding apprentice carpenter for Nashville. He also went to Knoxville to represent Nashville in a competition for building. He worked with Walter Knestric Contractor as a carpenter and superintendent for several years and retired after almost 30 years. He volunteered with Cheatham County Sheriff’s Department as a deputy for 6 years and served Cheatham County Fire and Rescue Squad for 17 years. He was a caring man, a hard worker, and a good Christian man. He loved his church and family. He was a wonderful husband and father. His wife and children will go forward with many precious memories. He is preceded in death by his parents, George Edward Harris and Gladys Louise Morris Harris; brother, Wallace Harris and sister, Edna Redmon. He leaves his wife of 58 years, Charlene Simpson Harris to cherish his memory along with his four children: Rhonda (William) Knight, Keith (Amy Haines) Harris, Lisa (Robert) Adams, and Kevin Harris; brother, Dean (Sharon) Harris; sisters, Dottie (Larry) Lee and Gloria Clark; 8 grandchildren and 9 great-grandchildren. Funeral service will be Friday, October 6, 2017, at 2:30pm in the Chapel of Cheatham County Funeral Home with Charlie Spillers officiating. Burial will follow in Bearwallow Community Cemetery in Ashland City, Tennessee, with military honors. The family will receive friends on Thursday, October 5, 2017, from 4pm to 8pm and on Friday, October 6th, from 12noon until service hour of 2:30pm. Cheatham County Funeral Home 615-792-2552 cheathamcountyfh.com

The family of Edward Denville Harris created this Life Tributes page to make it easy to share your memories.

Send flowers to the Harris family.