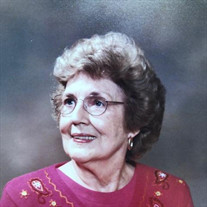 Carol Callicoat Legg, age 86, passed away Monday, July 7, 2020, at Lynch’s Residential Home in Cedar Hill, Tennessee. Carol was born in Polkadotte, Ohio, on August 17, 1933, to the late Burke Callicoat and Iva Sowards Callicoat. She lived in Ohio, Florida and moved to Tennessee in 1999. Her work career was spent in banking. But her greatest joy was her family. A life long member of the Church of Christ, she was part of the Ashland CIty congregation. The family wants to say a special thank you to the wonderful caregivers she has had, especially Sandy Davenport, Tina Lynch and all at Lynch’s Residential Home. She is preceded in death by her parents; husband, Leon Legg; son, Robert Leon Legg; brother, Keith Callicoat; and sister, Ernestine Jones. She is survived by her son, Morris Legg (Meredeth); daughter, Janie Stone (Joe); grandchildren, Mary Ellen White (Justin), Mark Legg (Vanessa), Joanna and Marissa Stone; great-grandchildren, Jameson, Nolan and Warren White, Windley Legg and Jane Howse; and her faithful cat, Tigger. Funeral service Saturday, July 11, 2020, at 2:00pm, Hall Funeral Home, Proctorville, OH. Burial at Rome, OH Cemetery. There will be a memorial service in Ashland City at a later date. In lieu of flowers, donations may be made to the Hialeah Church of Christ, Ashland City Church of Christ, or the Alzheimer’s Association. Cheatham County Funeral Home 615-792-2552 on-line condolences at www.cheathamcountyfh.com

The family of Carol Legg created this Life Tributes page to make it easy to share your memories.

Send flowers to the Legg family.